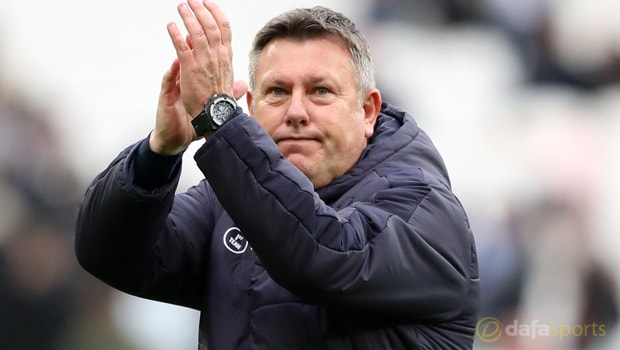 Leicester City boss Craig Shakespeare continued his perfect winning start as a Premier League manager as his side jumped further from the relegation zone with a convincing win over Stoke City at the King Power Stadium.

Wilfred Ndidi fired the champions ahead with a terrific strike from outside the box in the first half while Jamie Vardy added the second goal shortly after the interval.

It meant a fourth straight Premier League win for the man that has been charged as successor to Claudio Ranieri for the remainder of this season.

In achieving that feat, Shakespeare emulated Pep Guardiola, Jose Mourinho, Guus Hiddink and Carlo Ancelotti as the only other managers to win their first four Premier League matches in charge.

He is the first British boss to accomplish it. While delighted with the personal milestone that lifted Leicester up to 13th spot and six points clear of the relegation zone, Shakespeare was quick to share his moment of joy with everyone at the club.

“I am proud of the record but I’m proud for everyone associated with the football club, especially the players,”
Shakespeare said after the match.

Despite jumping further clear of the drop-zone, Shakespeare doesn’t accept his side are now safe and he is targeting another vital thee points when basement club Sunderland visit the King Power in midweek.

“We’re still not safe. I’m really not looking too far ahead – we’ve got to concentrate on each game and there’s still a lot of points of play for.

We’re on a good run and full of confidence but we’ve got another tough game against Sunderland,” he added.

Leicester are 1.50 to beat Sunderland next, while they are now 34.00 to be relegated this season.