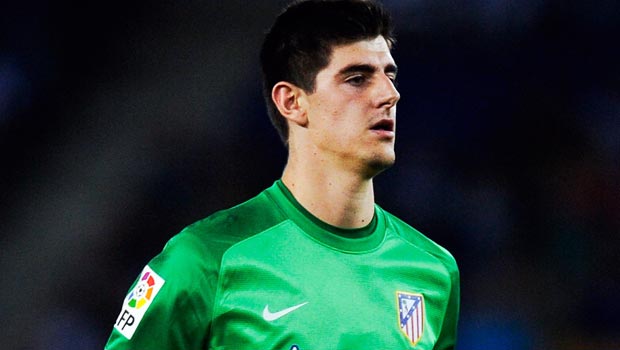 Thibaut Courtois’s father insists that his son wouldn’t return to Chelsea if it meant sitting on the bench as back-up to Petr Cech.

The 21-year-old has seen his stock rise considerably in recent years after three successful seasons on loan at Atletico Madrid.

He has helped the Spanish Primera Division side improve slowly but surely and they now sit top of the La Liga table with a three point gap over rivals Real Madrid and Barcelona.

However, he is contracted to Chelsea and is considered to be the long-term number one at Stamford Bridge. Chelsea boss Jose Mourinho has already made it clear he will bring him back to the club next season as he looks to build a squad capable of winning the Premier League title.

Cech will still be involved, meaning Mourinho has two international goalkeepers competing for the number one spot.

Despite his age, Courtois has made it clear that he expects to play regularly if he is to remain at Stamford Bridge.

His father, Thierry, told The Sun: “Jose Mourinho has told Thibaut that he’s expecting him back in the summer.

“Petr Cech is in place at the moment. On paper you could alternate the two of them, but it’s not the type of situation we are looking for.

“With the level Thibaut is at now, there is no way he will go to a club and be second choice.”

For now the Belgian goalkeeper still has his sights set on lifting the La Liga title. Atletico sit three points clear but can still be backed at 4.20 to lift the trophy come the end of the season.