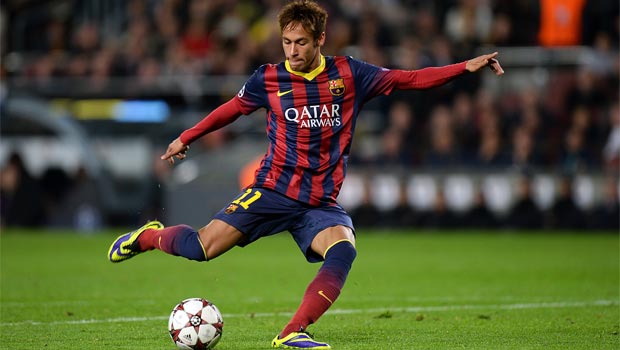 Neymar has been included in Barcelona’s squad for Wednesday’s Copa del Rey semi-final second-leg clash with Real Sociedad, meaning he could well be involved in the Champions League against Manchester City.

The forward has been missing since mid-January after suffering ankle ligament damage but has made a quick recovery and has been included in the squad for the second leg against Sociedad, with Barca holding a
2-0 advantage thanks to a Sergio Busquets’ strike and an own goal from Enaut Zubikarai at Camp Nou in the first encounter.

However, Neymar is set for a place on the bench on Wednesday and will probably not be risked, with Saturday’s La Liga game against Rayo Vallecano in Barcelona a more likely return date for the Brazilian star.

Meanwhile, Barcelona coach Tata Martino has warned his side against complacency ahead of the second leg at the Anoeta.

“Each time there is less margin for error,” Martino told Barcelona’s official website.

“We are at a crucial stage of the season and it’s clear that each time there will be fewer chances to make changes in the team, although we will try to give opportunities to players that are in good condition.”

Neymar’s return to fitness means Barcelona will head to Manchester City for the Champions League last-16 first-leg tie next week with a virtually fully-fit squad, although Carles Puyol is struggling with a back problem.

In contrast City have a number of injury concerns with Sergio Aguero definitely set to miss out, while it looks unlikely that Samir Nasri and Fernandinho will be involved.

Barcelona can be backed at 2.56 to come out on top at the Etihad Stadium on February 18, with City on offer at 2.65 to secure the win while the draw is priced at 3.20.