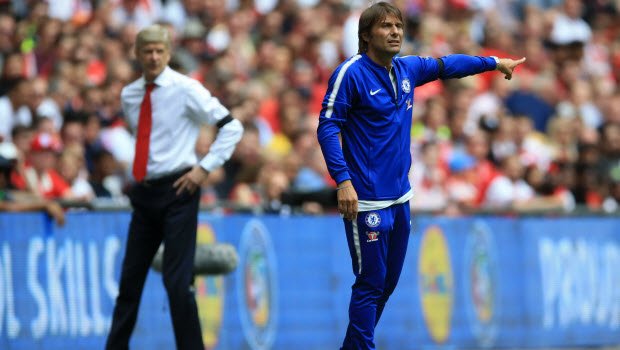 Antonio Conte insists Chelsea must bring in some more new players if they are to compete for the Premier League title this season.

The Blues were crowned champions for the second time in three years last season, winning 30 of their 38 matches, but, while others have strengthened their squads significantly, they have only added three new players.

Tiemoue Bakayoko, Antonio Rudiger and Alvaro Morata are the new arrivals at Stamford Bridge, but Conte insists more players must be brought in if they are to be competitive on all fronts this season.

“This league is not easy,” the Italian told Sky Sports. Six teams are very strong and you must be prepared.

I hope to be able to improve our squad. The transfer market is not finished. We want to be competitive and we want to fight for the title again.

The club knows my priorities.” The former Italy manager knows it won’t be easy for Chelsea to secure back-to-back titles, but he is relishing the challenge, with the Blues first league match of the new campaign against Burnley scheduled to take place at Stamford Bridge on Saturday.

“It won’t be easy,” Conte added. “It’s a great challenge for us to try and retain the title, but we are working hard.”

Chelsea are priced at 1.25 to begin the campaign with a victory, while Burnley are available at 12.00 and the draw is on offer at 5.50.