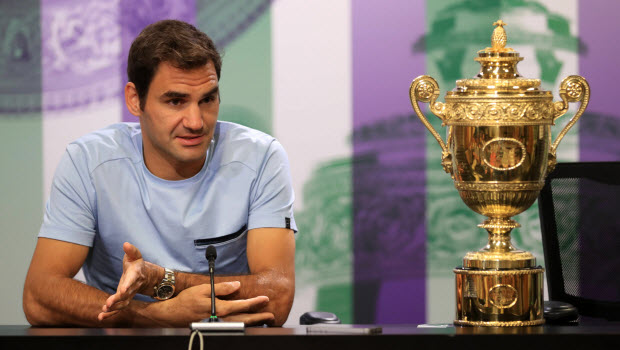 Roger Federer has backed old foe, Rafael Nadal, to return to the top of the world rankings by producing a positive showing at this week’s Rogers Cup.

The Spaniard has not sat at number one in the world since June 2014, but if he reaches the semi-finals in Montreal then he will overtake Andy Murray and return to the top of the rankings.

That would be a remarkable achievement for the 31-year-old, who has had numerous injury problems in recent years and he was ranked as low as number 10 in the world in 2015.

However, Nadal has returned to form this year, winning a 10th French Open title, and one of his old rivals Federer, who is also enjoying a resurgent 2017, is hoping the 15-time major winner can cap his comeback by reaching the top of the world rankings this week. ”

It would be absolutely massive,” Federer said. “I remember when he was injured last year, and here he is a few matches away from clinching world No.1.

It seems very far, yet it’s very near so he just has to stay focused.” Nadal and Federer are the two top seeds for this week’s tournament and they could meet in the final at the Uniprix Stadium on Sunday.

Both men are in second round action on Wednesday, with Nadal coming up against Croatian Borna Coric and Federer facing wildcard Peter Polansky.

Nadal is priced at 4.00 to win the tournament, while Federer is available at 2.40.