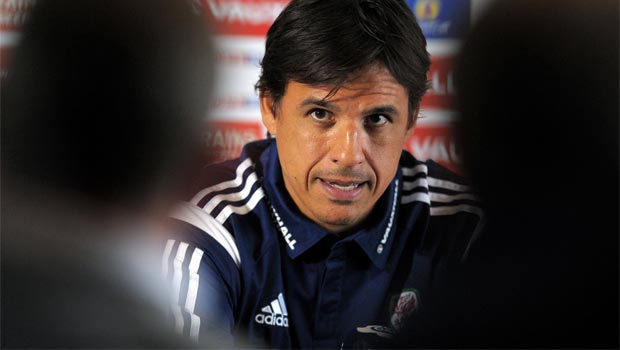 Wales boss Chris Coleman feels there was never any doubt that Gareth Bale would be able to cope at Real Madrid and has backed him to do great things.

Bale finally signed for the Spanish giants at the end of the summer transfer window after protracted negotiations between Tottenham and the Bernabeu club.

There were a few pundits who felt that the Wales international might struggle in his new surroundings, as La Liga football is played differently to the hustle and bustle of the Premier League.

The 24-year-old was not fit at the start of the season and, despite scoring on his debut, received some criticism for a few lacklustre displays, notably against Barcelona.

But the former Southampton man has shown his true colours in recent times, with last weekend’s hat-track against Real Valladolid bringing his total of league goals to seven from nine outings.

Coleman gets a close-up view of Bale’s prodigious talent during international breaks and confessed that the youngster was always going to make an impression at his new club.

“His talent was never in doubt,” he told Sky Sports. “He is a fantastic player – one of the top players on the planet.”

Bale has now stated that he feels happy in Madrid and Coleman believes that will be the key factor in the Cardiff-born winger fulfilling his potential.

“He is a super player, he is a great guy to work with and I think he is comfortable in Madrid, which is important and he is enjoying his football,” he added.

“Once he is doing that, with the ability Gareth Bale has got, only good things are going to happen.”