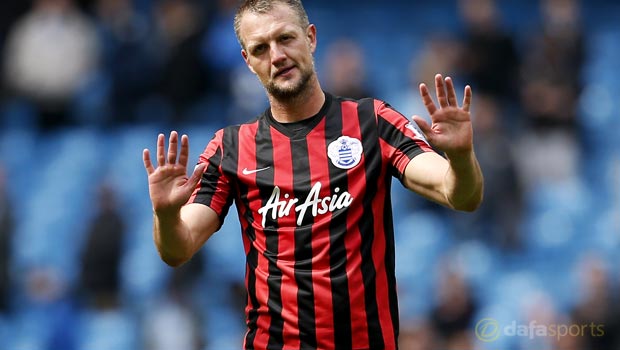 QPR defender Clint Hill insists the club needs to start afresh at the end of the season after being relegated from the Premier League.

Rangers will be back playing Championship football again after relegation was confirmed following a 6-0 mauling at Manchester City on Sunday.

With a host of players out of contract in a few weeks – including 36-year-old Hill – and the future of interim boss Chris Ramsey uncertain, it looks set to be a summer of change in W12.

The club could also be handed a massive fine under Financial Fair Play regulations and Hill admits there must be a new approach.

“At the end of the season people at the club need to sit down and get it right in terms of a fresh impetus and a direction that is right for the club,” said the well-travelled veteran.

“Everyone connected with the club needs to ask questions of themselves and learn from this. Of course the club can bounce back, but it is going to be hard.”

Meanwhile, Hill has refused to blame “bad eggs” for QPR’s relegation following comments from captain Joey Barton to that effect.

“No matter who is not pulling in the right direction, it should not affect you as an individual,” he added.

“In every dressing room you are not going to get the right type of people. There are certain people who might not put the effort in here and there or might not be right on the training ground, but that should not affect you as a professional.

“Did we have the quality? Probably not. But the lads that have gone out there every week have tried everything and given their hearts out.”