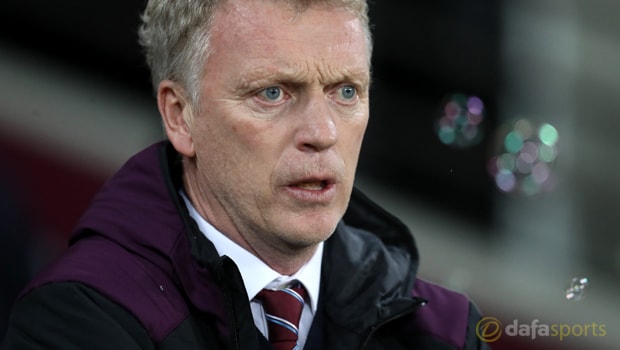 David Moyes is hoping to get one over his former side Everton on Wednesday and feels West Ham are starting to grow in confidence.

The Scot took charge of West Ham on November 7 following the dismissal of Slaven Bilic but he is yet to guide them to a victory after two games at the helm.

West Ham, who are priced at 7.50 to finish bottom of the Premier League, were beaten 2-0 away at Watford in his first game in the dugout before playing out a 1-1 draw last time out at home to Leicester.

The Hammers will have a great opportunity to pick up their first win under Moyes on Wednesday when they travel to a struggling Everton side, who shipped nine goals in their two outings against Atalanta and Southampton last week.

Moyes says he always enjoys going back to his former stomping ground but he is hoping for a more positive outcome, having struggled to pick up victories when visiting with Manchester United and Sunderland.

“We take that into Wednesday’s game and I am personally really looking forward to going back to Everton.

I’ve been back a few times and not been that successful on my other visits, so I’m hoping that this one can be.

“It’s a special place for me because of the years I spent there and also because of the people I worked with, many of whom are still there behind the scenes.

“I’ll enjoy going back but I’m only interested in West Ham now and getting a win for West Ham is all that matters.”