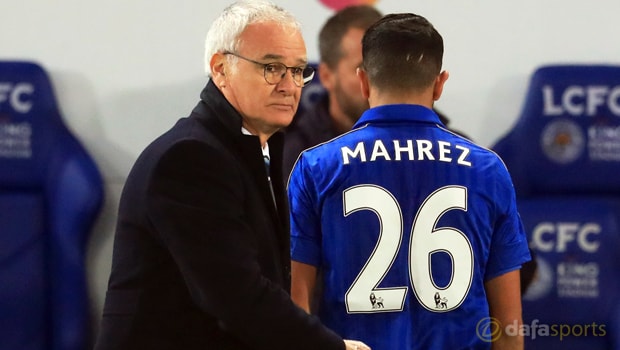 Claudio Ranieri has warned Riyad Mahrez he must quickly rediscover his best form for champions Leicester City or risk becoming a forgotten man.

The 25-year-old schemer scored 17 goals in the top flight last season as the Foxes sent a shockwave through the football fraternity by winning the Premier League title.

But this season the Algeria international has looked a shadow of himself as the East Midlanders have struggled to reach the giddy heights of their title-winning campaign.

The former Le Havre playmaker has scored only three goals and his alarming loss of form saw him relegated to the bench for the club’s Boxing Day defeat to Everton.

Ranieri says Mahrez must learn from the likes of Cristiano Ronaldo and Lionel Messi if he wants to be considered at the same level as the La Liga superstars.

He told reporters: “Ronaldo and Messi won the Golden Ball and they want to win again and win again. They are always looking forward.

“Riyad won a lot of things last season, but it is not right if he is satisfied with that. “Now he has to improve.

Now he has to try to win the Ballon d’Or, like the big players.” Leicester lost only three games on their way to last season’s astonishing title success but are currently down in 16th in the table having lost nine of 18 games already – and are just three points better off than third-from-bottom Sunderland.

Ranieri says Mahrez is not alone in struggling to recapture his form but warned he cannot afford any passengers as the club continues to flirt with the threat of relegation.

When Riyad is switched on everything is fantastic.” Leicester welcome West Ham to the King Power Stadium on Saturday are quoted 2.10 in the 90 minutes market.

The draw outcome is priced 3.50 and the visitors are available to back at 3.60.