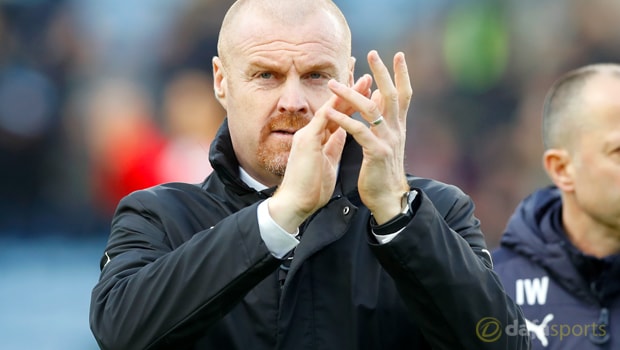 Sean Dyche insists the development of his Burnley squad gives him more satisfaction right now than their league position.

A weekend win over Southampton at Turf Moor means Burnley are now inside the Premier League’s top ten, having earned eight wins and two draws from 21 games so far.

Burnley’s two previous top-flight seasons have resulted in immediate relegation back to the Championship but there is now growing confidence around the club’s ability to stay up this term.

The win over Southampton, achieved when the returning Joey Barton scored a free-kick just moments after coming on, means Burnley have ten points to spare on Hull City in 18th spot.

Dyche says he is not too bothered about being in the top ten right now, but rather on the strides his players have taken this season.

“I’m not really too fussed over that,” Dyche said of their current league place.

“I’m more impressed with the way we’re going about it. There’s clear growth and development in the group of players; that’s really pleasing as a manager.”

Burnley have “a lot of work to do still” if they want to secure back-to-back seasons in the Premier League for the first time in their history but Dyche is clearly thrilled with what he sees in front of him.

Performances are pleasing but the Clarets boss accepts that, ultimately, their success will be judged only on results. “I’m not naive – you have to win games of course,” he added.

“But it’s good to see players improving, growing and that mentality staying so firm because this is a really tough division – most people tell me arguably one of the top divisions, if not the top division, in the world so we don’t take anything for granted.

Burnley are 6.00 to be relegated from the Premier League this season.