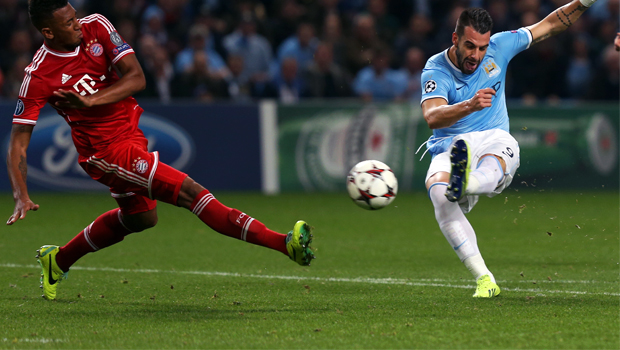 Manchester City boss Manuel Pellegrini has promised his side will be going all out for the win when they host Bayern Munich.

The Citizens cruised through their first game of the tournament against Czech outfit Viktoria Plzen buts it has been a different story in the Premier League, where despite recently winning the Manchester derby 4-1 they lost 3-2 to Aston Villa last time out.

This has led to some criticism of the manager, with pundits questioning whether his positive tactics have made his team too open, something that Champions League holders Bayern will certainly be looking to exploit.

Pellegrini is a man who has always set his sides up in an attacking manner and it could be argued that his desire to constantly take the game to his opponents is similar to the way the Bavarians swept all before them last term.

Admittedly Bayern are a different animal under new boss Pep Guardiola, with both the coach and some of the players admitting they have struggled to find their rhythm due to the more patient style of play he has tried to introduce.

It means City may just have the perfect chance to send out an early message to their rivals on Wednesday and their Chilean coach has now promised his side will be looking to attack right from the opening whistle.

“We are not thinking of a draw,” he said. “Of course, if we can’t win, then it’s better to draw than to lose but we aren’t going to go on the pitch thinking of a draw. We will go from the first minute to win the three points.

“I think that tomorrow we need to play 90 minutes in the best way, knowing that every mistake we can lead to conceding a goal. It’s very important we concentrate for the whole 90 minutes.”