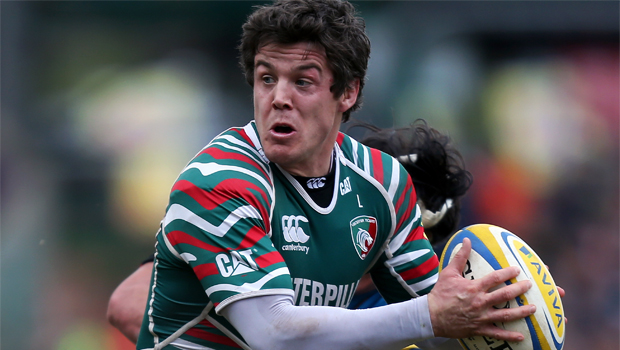 Leicester backs coach Paul Burke believes Anthony Allen is the right man to fill the void in the England centres ahead of the autumn internationals.

Regular number 12 Brad Barritt is set to miss the series due to a foot injury while his usual partner in crime, and Allen’s club team-mate Manu Tuilagi, is a doubt due to a torn pectoral muscle.

This has led to a number of names being suggested, with former Tigers man Billy Twelvetrees expected to fill one of the spots while the likes of Luther Burrell, Kyle Eastmond and Jonathan Joseph have also been mentioned.

However, Burke believes Allen should be given the nod and deserves to be rewarded following years of consistency in domestic rugby.

The 27-year-old’s only previous experience at Test level came in 2006 when he earned caps against New Zealand and Argentina but he has since been overlooked, with a number of bulkier centres picked ahead of him.

Equally adept at both inside and outside centre, the former Gloucester man has all the attributes to be a success on the international scene and the former Ireland fly-half has now urged the selectors to give him another chance to show what he can do.

“For me, week in and week out, he is the most consistent number 12 in the game,” Burke told the Mirror. “Anthony has been the ultimate professional on and off the field – exceptional since his arrival from Gloucester.

“If they overlook Anthony, it’s our gain, isn’t it? But he is there or thereabouts, and I hope he is being talked about by the selectors.”