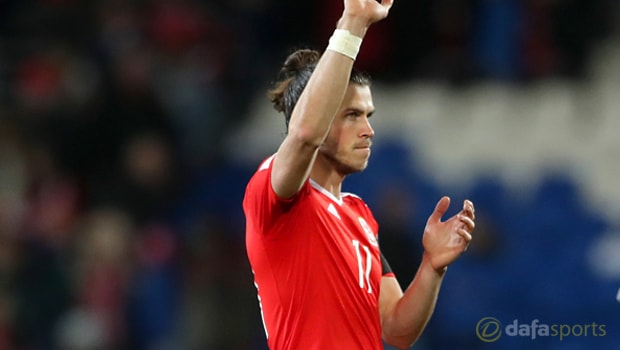 Wales boss Chris Coleman is confident that star man Gareth Bale will be fit in time for their crucial World Cup qualifier against Republic of Ireland in Dublin.

The Euro 2016 semi-finalists have made an inauspicious start to their qualifying attempt for Russia in 2018, winning one and drawing three of their Group D games so far.

It means they trail the table-topping Irish by four points ahead of their clash at the Aviva Stadium on March 24.

Bale was injured playing for Real Madrid in the Champions League and he underwent an ankle operation in London in November.

Some concerns have been expressed regarding the 27-year-old’s recovery timeframe but his international boss is remaining calm at this point.

“So far so good, no problem, nothing to worry about, there are no problems,” Coleman told BBC Wales Sport.

“There are no alarm bells ringing. We still have a bit of time left and fingers crossed.”

Bale has been the crucial piece in the jigsaw as Wales flourished under Coleman’s guidance and the international boss intends paying his star man a visit in Spain but he insists that is nothing out of the ordinary.

“I will pop out and see him for a few days, but that was always planned,” Coleman said. “We try and do that once a season.”

Meanwhile, Coleman has welcomed the news that the World Cup will be expanded from 32 to 48 sides in the future.

Wales haven’t played at football’s biggest fiesta since 1958, but their current boss feels the changes will enhance their credentials.

“It gives the smaller nations a better chance to compete so I think that will probably a good thing for us,”
he added.