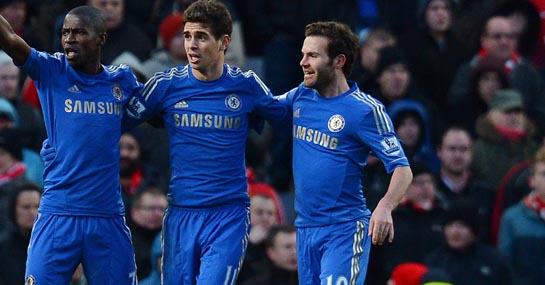 Chelsea host London rivals West Ham this Sunday and are rightfully the big favourites at 2/5 to come away with three points.

They were impressive for long periods in their convincing 3-1 Europa League victory over Steaua in the week and have an excellent home record against the Irons.

They have won six of their previous seven home games against the east London side, drawing the other.

That record is made even more impressive when you consider the ease with which they swept aside the Irons in each of their last two Stamford Bridge clashes, with the Blues winning by three goals on both occasions.

With that in mind, backing Chelsea to score 2-3 goals looks pretty tempting at 1/1, while Chelsea to win with over 2.5 goals scored in the match is available at a very decent 9/10.

Another punt that may be worth looking into is backing Chelsea to win to nil at 7/5.

Even if you fancy West Ham to stop Chelsea, backing the Blues to keep a clean sheet is available at a pretty meaty 6/5.

However, the Irons side surprised their hosts earlier in the season with a 3-1 victory at the Boleyn Ground.

Allardyce’s men are 7/1 to bag another victory here, while a repeat of that 3-1 scoreline is a massive 50-1.