Chelsea, Real Madrid and Juventus are All After FC Barcelona’s Mbuyamba 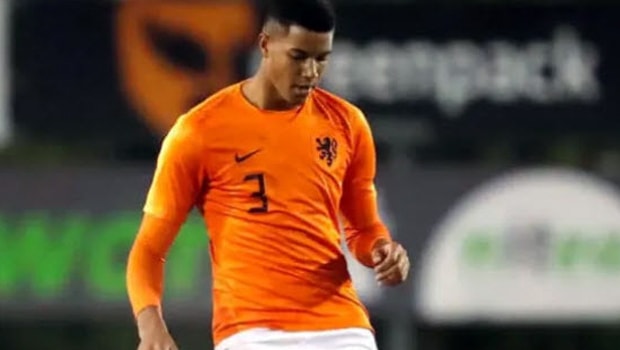 Xavier Mbuyamba, an 18-year-old defender from the Netherlands, joined Barça last summer but he held talks with Chelsea and they impressed him. Real Madrid and Juventus are also after Mbuyamba, his agent Carlos Barros said.

Mbuyamba signed with FC Barcelona from MVV Maastricht last August but he is already considering taking a new path for his future.

Barros, said that many European teams are lining up to get a look at the Under-19 prospect but reiterated that Chelsea made the biggest impression.

“Real Madrid are also there, they are serious about their youth system, but that would of course be a sensitive switch.

Juventus and Inter are interested, as are top clubs from Germany and England. Chelsea have the best papers. Of course we discussed this extensively last year.

Chelsea gave a fantastic presentation. There is a unique football atmosphere there. You immediately sit with the first-team players during lunch and the club has outlined a very ambitious plan for Xavier.

They really think that in one to two years, he can be in the first team. Frank Lampard has of course already proven that he is not afraid to play with young players. Being in the starting line-up at Chelsea at the age of twenty would, of course, be great.”

Returning to the Netherlands is also possible. Barros said that Mbuyamba would rather go to AZ Alkmaar or FC Utrecht than joining Ajax.

“Ajax are actually the only club in the Netherlands that can compete financially against those top clubs, but you don’t just play there immediately, a switch from Barca B to the Ajax reserves is not an option for Xavier.”

Mbuyamba signed a four-year contract with FC Barcelona but he has some valid reasons to want to leave.

“The ambiguity is enormous,” Barros said. “A new presidential election is coming and it could be that many new people will join the board.

Politically it is very restless and in a sporting sense there is a lot of division. If you see that even Ansu Fati can be loaned out… How can you break through as a talent?”