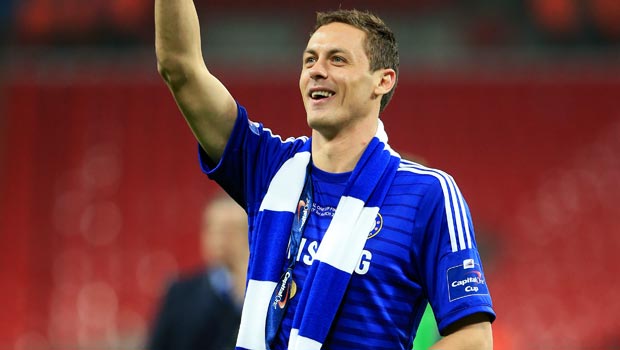 Chelsea boss Jose Mourinho has confirmed Nemanja Matic will be fit enough to face Paris Saint-Germain in the Champions League.

Matic has been forced to miss the last two games through suspension following his controversial sending off against Burnley, but was set to return against PSG.

Doubts over whether he would play in the last-16 second-leg clash were raised when he injured his ankle celebrating the Capital One Cup final success against Tottenham on Sunday.

However, Mourinho has allayed such fears and says the injury will not keep him out of the crucial clash against the Parisians.

“He got an injury celebrating the cup,” Mourinho said. “It’s not a big injury, but if he was not suspended, he wouldn’t play.

“He twisted his ankle. On the pitch. He put on shinpads but he didn’t put the tape on. He will play against Paris. On Saturday, Sunday, he will train.”

The return of Matic against PSG will be a huge boost for Chelsea, with the tie delicately poised at 1-1, and Mourinho will be delighted to have his quality back in the middle of the park.

Chelsea are the 1.92 favourites to pick up the win needed to take them through to the next stage of the competition.

A goalless draw would also be good enough after they bagged an away goal in Paris, with the draw priced at 3.31.

PSG could go through with a high-scoring draw but will be going for the victory at Stamford Bridge which is priced at 3.89.