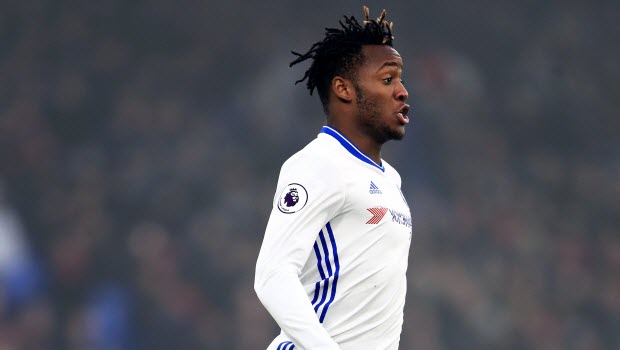 Antonio Conte insists Michy Batshuayi will not be leaving Chelsea on loan during the January transfer window.

The Belgium international only moved to Stamford Bridge from Marseille for £33million during the summer, but he has failed to start a Premier League match during the first half of the campaign, although he did score in the 2-1 victory over Watford in August.

The 23-year-old has spent much of the season acting as back-up to in-form forward Diego Costa, but he still failed to earn a starting spot in the club’s 3-0 success over Bournemouth on Boxing Day, despite the Spain striker being ruled out due to suspension.

Conte instead chose to go without a recognised striker during the victory over the Cherries, with Batshuayi only making a brief substitute appearance during the match.

The forward has been linked with a loan move away from Stamford Bridge during next month’s transfer window, but Conte has dismissed such speculation, insisting that he intends to keep the youngster.

“This player is a new player for Chelsea and to go on loan now is a defeat for the club and above all for me,” the Italian said.

Batshuayi will be hoping to play a part in Chelsea’s next match, a home clash with Stoke on New Year’s Eve.

The Blues are priced at 1.29 to secure their 13th straight league victory during that match, while the Potters are available at 11.00 and the draw is on offer at 6.00.