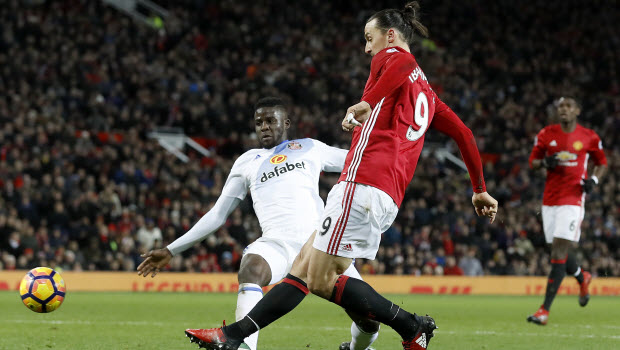 Manchester United boss Jose Mourinho believes it is a formality that Zlatan Ibrahimovic will remain with the club next season.

The charismatic Swede joined the Red Devils on a free transfer from Paris Saint-Germain during the summer and he has been a revelation since arriving at Old Trafford, scoring 17 goals in all competitions, including 12 in the Premier League.

The 35-year-old’s current deal with United is due to expire at the end of the season, but there is an option for that contract to be extended by a further 12 months, and Mourinho admits it is only a matter of time before the striker puts pen to paper on the extension.

So it is no problem,” said Mourinho. Ibrahimovic has been in scintillating form during 2016, scoring 50 goals in all competitions for club and country during the calendar year, but the veteran forward’s impressive run has come as no surprise to Mourinho.

“I am not really surprised because he is a very intelligent guy and a very proud man,” Mourinho added.

When he decides to come here, it is because he knows he can do it.” Mourinho will be hoping Ibrahimovic can continue his impressive run of form in United’s next match, a home clash with Middlesbrough on New Year’s Eve.

The Red Devils are priced at 1.25 to secure all three points from that game, while Boro are available at 13.00 and the draw is on offer at 5.50.