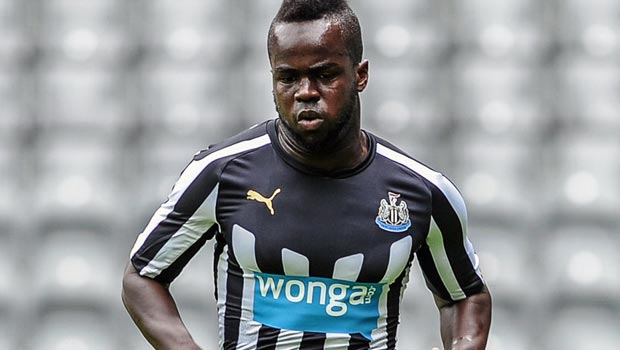 Newcastle midfielder Cheick Tiote has called on his team-mates to raise their level of performance ahead of Wednesday’s meeting with Tottenham.

The Magpies have recently recovered from their early season struggles and enjoyed an impressive run of results throughout November, leading to Alan Pardew being handed the manager of the month award.

However, they were outclassed by an impressive Arsenal side at the Emirates on Saturday, coming away from north London on the wrong end of a 4-1 scoreline.

Olivier Giroud and Santi Cazorla bagged a brace each with Ayoze Perez netting one in response on a disastrous evening in the capital.

Tiote has urged his team-mates to move on quickly from the loss and aim to respond in the correct manner when they travel to White Hart Lane for their Capital One Cup quarter-final tie.

Tiote said: “When Ayoze (Perez) scored (to make it 3-1) it gave us the confidence that we could get back into the game, we tried to push and push to make it closer.

“Because of that we then conceded the fourth goal on the break, that can happen when you are chasing the game.

“We didn’t defend well enough as a team and did not do the right things on the pitch. We have to learn quickly to put it right for Wednesday night against Tottenham.”

The Ivorian insists that the defeat has not taken away their confidence and he expects that the squad have learned some tough lessons.

He added: “We’ve been on a very good run and still have confidence in ourselves, but we have to improve.

“We know we can do better than this and we will learn from the match.”