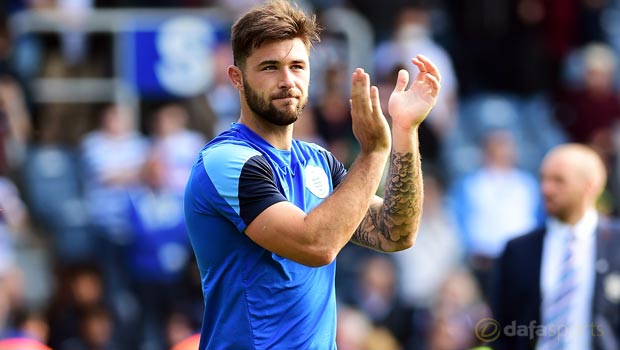 Charlie Austin of relegated QPR has been called up by England coach Roy Hodgson for the friendly against Republic of Ireland and Euro 2016 qualifier against Slovenia.

The 25-year-old has scored 17 goals in the Premier League so far this season but was unable to prevent the west London club from being relegated back to the Championship.

Burnley goalkeeper Tom Heaton, who will also be heading to the second tier of English football, has been called up for the first time.

Jamie Vardy gets his reward for helping Leicester City preserve their Premier League status with a breakthrough senior call. The 28-year-old was playing non-league for Halifax Town just three seasons ago.

England are unbeaten in nine games and head to Dublin on June 7 to face the Irish in a friendly before travelling to Stadion Stozice for a Euro 2016 qualifier in Slovenia a week later.

The Three Lions are top of Group E after five qualifying wins, six points clear of second-placed Slovenia, as they aim to qualify for next summer’s showpiece tournament in France.

Daniel Sturridge of Liverpool and Leighton Baines of Everton are out injured, while Harry Kane of Tottenham has been called up for the European Under-21 Championship squad.