Tony Pulis: Future is out of my hands 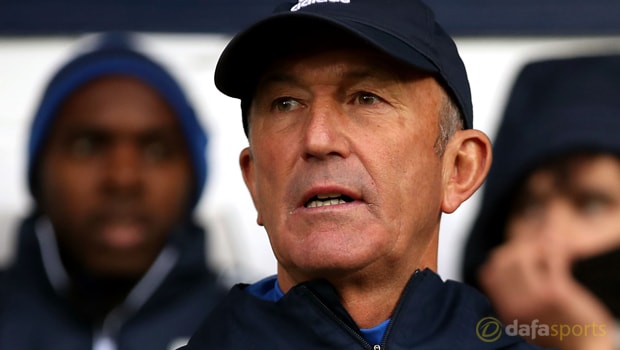 Tony Pulis has admitted that his future in charge of West Brom is up in the air after their latest defeat at the hands of Chelsea on Saturday.

The Baggies, who are priced at 3.00 to be relegated, have struggled to build any momentum in 2017-18 and Saturday’s 4-0 thrashing at the hands of the Premier League champions means they are without a win in 11 games.

Pulis has seen his side pick up just two victories from their 12 outings so far this term and for the first time since he took charge in January 2015 they have emerged as potential relegation candidates.

The 59-year-old steadied the ship initially after joining and led West Brom to a 13th-place finish during his first half season at the helm, while they have gone on to finish 14th and 10th in the following two seasons.

However, Baggies fans appear to be tiring of Pulis’ negative tactics and with results taking a downward spiral his future looks to be under threat.

The Welshman left his dugout to a chorus of ‘Pulis out’ on Saturday and he admits the board have a big decision to make.

“The club will be here long after I’ve gone, it’s about doing the right thing for the football club. I’ve been in the game long enough to know if you get bad runs then that’s what happens.

“They have to make a decision. I met with the Chinese owners on Friday night, they are wonderful people but I know, as well as everyone else, you have to get results, that’s what it’s about.

“I think the important thing is the decision made is the right decision for the football club. That’s not going to be my decision, that’s going to be obviously the owners’ [decision].

“It’s not my decision whether I think [I’ll stay] or don’t think, it’s what happens.”