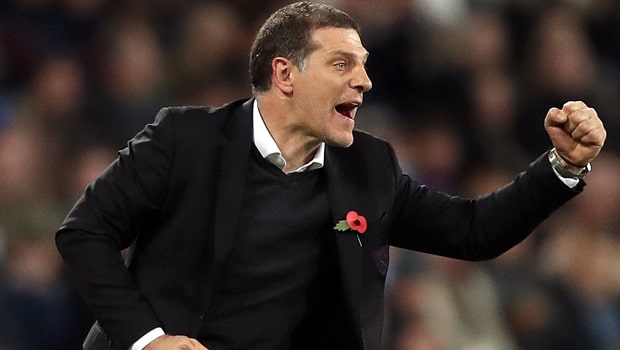 Slaven Bilic is back in English football and hopes to return to the Premier League before too long.

The former West Ham boss has signed a two-year deal at Championship side West Brom, who missed out on an immediate return to the top flight after losing to Aston Villa in the play-off semi-finals.

Bilic left the London Stadium in November 2017 and is back in the UK after a short spell in charge of Saudi Arabian side Al Ittihad.

He said on starting work at The Hawthorns: “We want to improve on the pitch and Albion have convinced me they want to return to the Premier League. Albion have a short-term project and a long project and they do not clash.

The Baggies, after eight seasons in the Premier League, spent most of last season challenging strongly for a quick return.

Darren Moore left the club in March and caretaker boss Jimmy Shan kept them in the play-offs, finishing fourth in the table.

Bilic, before taking charge of West Ham, also had a spell managing Croatia, having made 44 appearances for his country as a player. He led his national side into two European Championships, in 2008 and 2012.

The Baggies have pre-season games arranged away to Scunthorpe and Rotherham before Bilic’s first game at The Hawthorns against Premier League side Bournemouth a week before the Championship season starts.

West Brom are priced at 11.00 to win the Championship next season and return to the top flight, with Leeds 6.50 and Cardiff 11.00.