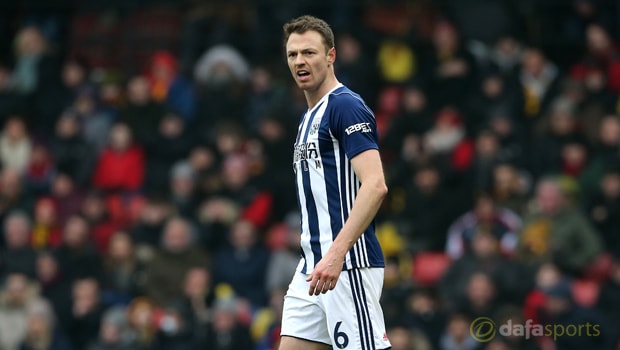 Jonny Evans say there were tears shed in the West Brom dressing room following last weekend’s defeat to Bournemouth but insists they must not give up on their fight for survival.

Despite taking a second-half lead against the Cherries, West Brom shipped two goals in the final 13 minutes to fall to their seventh straight Premier League loss.

It leaves Albion rooted to the bottom of the Premier League, nine points from safety with only seven games left to play, and having won only one league game since August.

Evans, who was linked with a move away from the club in January, admits the latest blow was “hard to take”.

“There was a lot of hope and optimism that we would get something from it. We were upset,” he said.

“Our performances throughout the season haven’t been up to scratch. We haven’t got enough points on board.

“I think there is hope. It’s not like we have got to the point where we have accepted relegation.

“There were a few tears after the game at the weekend. We were ahead and then the game swung in the last 15 minutes and I think it has been the story of our season. It’s hard to take sometimes.”

Home games against Burnley and Swansea come up after the international break and the Northern Ireland defender says West Brom must keep fighting.

“Mathematically, though, we still have hope and we keep going until it is mathematically not possible. We owe that to ourselves and the fans to do that. That’s what we will continue to do that,” he added.