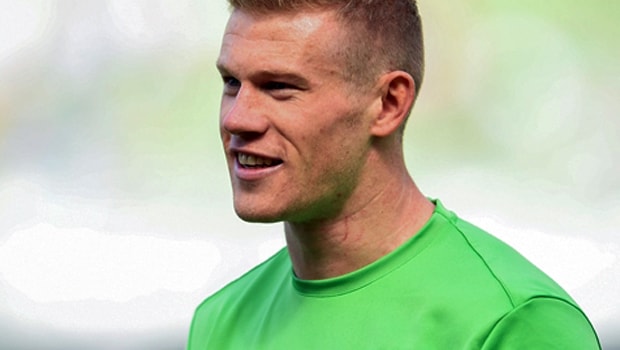 Republic of Ireland international James McClean has revealed his dream is to play for Celtic one day.

The West Brom midfielder was a Hoops follower in his youth and says he vowed after sampling Parkhead’s famous European night atmosphere that it was something he wanted to experience for himself.

McClean was in Glasgow in 2012 on the night Neil Lennon’s Celtic stunned Barcelona with a 2-1 Champions League win.

That helped fuel McClean’s dream of donning the Hoops himself one day and the former Sunderland and Wigan man says it is still something he wants to achieve.

“It’s always been a dream of mine. If I retire from football and never get to pull on the green and white jersey and run out at Celtic Park, it will be a massive regret for me,” said McClean.

“It’s a dream I have never shied away from expressing. If that dream did come true, which I hope it does, it would mean a lot to me and fingers crossed it can happen.”

McClean recalls with fondness the 2003 UEFA Cup final appearance that his fellow Derry man and Irish international team boss Martin O’Neill led Celtic to, but he argues that Brendan Rodgers’ ‘Invincibles’ of last season may even have eclipsed O’Neill’s domestic clean sweep in his own maiden season in Glasgow.

“There was the European run under Martin O’Neill and getting to Seville, but last season, in terms of going the season unbeaten and winning a treble, was pretty special.

As good as Martin O’Neill’s treble in his first season, it was eclipsed by last season, for me, because of the unbeaten run,” he added.

Celtic go to Hearts on Sunday for a game the reigning Scottish champions are 8.50 to win 2-1.