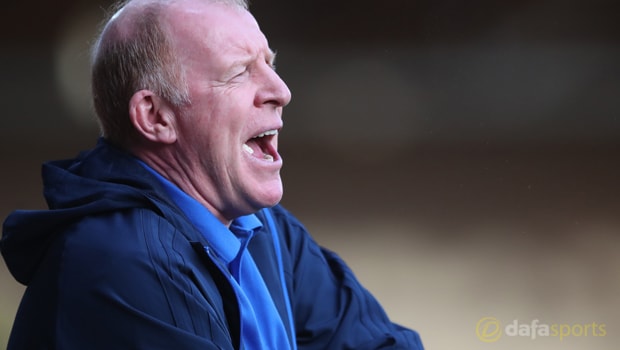 West Brom’s temporary manager Gary Megson has stressed the importance of building on their strong performance at Tottenham ahead of their home clash with Newcastle.

Megson was handed the reins following the dismissal of Tony Pulis on November 20 and he managed to get a positive tune out of the squad at Wembley.

The Baggies had lost four on the bounce, having failed to score in three of those games, prior to their meeting with Tottenham and they weren’t expected to put up much of a fight.

However, West Brom took the lead just four minutes into the game when Salomon Rondon slid home to provide hope of a potential upset.

West Brom defended well for large periods and kept Tottenham at bay but hitman Harry Kane eventually found half a yard of pace as he met Dele Alli’s cross at the near post to equalise with 15 minutes left to play.

The Midlands outfit were satisfied with a point and they must now quickly turn their attentions to Newcastle ahead of their meeting on Tuesday.

Newcastle, who were beaten 3-0 at home to Watford head to the Hawthorns off the back of four successive defeats, and Megson is keen to see his men take advantage of their poor form.

“We go into the Newcastle game trying to pick up where we left off at Spurs,” Megson told reporters.

“It’s an opportunity for us at home to play as well as Saturday and try and convert that into three points.”

West Brom can be backed at 2.38 to pick up a first win in 12 games in all competitions, while Newcastle are priced at 3.25 to come out on top, and the draw is available at 3.20.