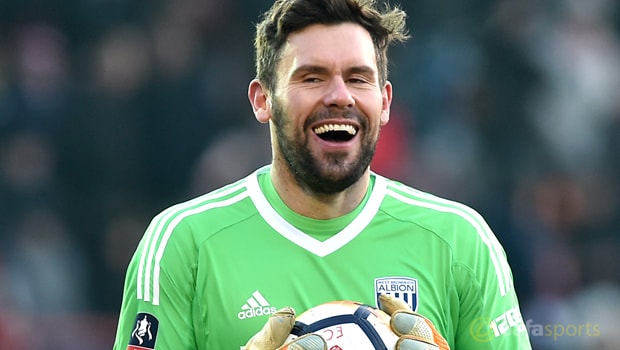 West Bromwich Albion goalkeeper Ben Foster admits a win over Brighton on Saturday could give the squad the belief they can avoid relegation from the Premier League this season.

The Baggies remain in the bottom three and they sit 19th ahead of kick-off at The Hawthorns.

Alan Pardew’s men are four points away from safety but they won their first game since August in the FA Cup last week.

A 2-0 win over Exeter in the third round has lifted confidence but the squad are still desperate for a league win.

With difficult games against Everton, Liverpool and Manchester City coming up, Foster admits a win over the Seagulls could give them a much-needed boost.

He told the Express and Star: “Three points on Saturday would get everyone a little bit more optimistic.

“When you’re at the bottom of the league it can get a little negative and pessimistic but a big win on Saturday – it would be a huge win – it just keeps us in contact with the teams above us and it gets the belief back that we can do this.

“I think everybody in the changing rooms believes we can do it and it starts Saturday.

If we went on a bit of a run and picked up two or three wins on the bounce you really can turn things on its head.

“If we can get that run it can shoot you up five or six places in the league.

But there have been so many games when we have been in good positions. We need to focus on shutting these games out.”