Alan Pardew refusing to give up 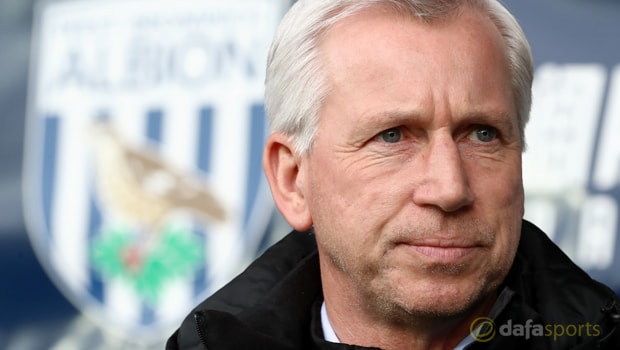 West Brom’s fight for survival took another blow on Saturday but manager Alan Pardew insists he will continue to go about his business until told otherwise.

The 56-year-old was drafted in as Tony Pulis’ successor on November 29 but he has failed to improve their fortunes during his time at the helm.

Pardew has guided the Baggies to just one win from his 16 Premier League games in charge and they sit rock bottom of the table with an eight-point gap to safety.

With just eight games left to play it will take something extraordinary from West Brom to avoid slipping down to the Championship, having only won three times in the league this season.

West Brom, who are priced at 1.02 to be relegated, fell to their sixth successive Premier League loss on Saturday despite taking the lead at home to Leicester.

Reports claimed that Pardew could lose his job if he failed to get a positive result on Saturday and he is set for showdown talks with the board in the coming days.

Pardew remains defiant and insists he will continue planning for their next outing against Bournemouth, however, he admits the owners could bring his spell at the club to an end.

“Before you even ask me the question, will I speak to those upstairs? Yes I will, of course I will, because it’s getting difficult,” Pardew said.

“For me, it’s about planning for next week and getting ready for a difficult game at Bournemouth and that’s what I will do.

“But I will still talk to them and get a feeling of what they think because they might think a change is a better thing for the club, I don’t know.