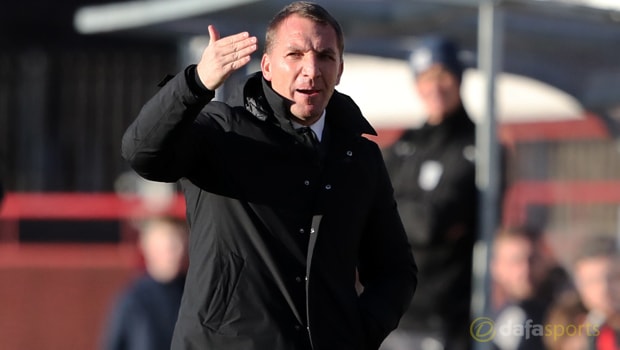 Brendan Rodgers admits that he is wary that Celtic’s defensive frailties are what could hinder them this season.

The Bhoys have again dominated domestically but struggled to compete with Bayern Munich and Paris Saint-Germain in the Champions League, although they did do enough to qualify for the Europa League.

Having already signed Marvin Compper from RB Leipzig, Rodgers is thought to be scouring the market for further reinforcements following the loan departure of Erik Sviatchenko.

A move for Beskitas defender Dusko Tosic is thought to be in the offing, especially with Rodgers admitting that Jozo Simunovic and Dedryck Boyata can struggle at times, while youngster Kristoffer Ajer is still raw.

Despite his shortcomings, Simunovic is being linked with Burnley and Crystal Palace, as well as Italian giants Lazio.

Selling the Croatian would force Rodgers into the market and he concedes it is an area he could look to strengthen.

Saturday sees the Bhoys begin their Scottish Cup defence at home to Brechin but with another domestic treble on the cards, it is in Europe where they are keen to make an impact.

Zenit St Petersburg are their opponents in the last 32 and both teams are 2.60 to win the first leg, with the draw 3.25.

They will need to be defensively sound to get past Zenit and Rodgers admits this can be where they are weakest.

He said: “The weakest part of the defence has been the centre-back position with the mistakes and people not playing to their ability at that level.

“I know Jozo Simunovic and Dedryck Boyata are brilliant centre-halves but if they are not quite on their A-game then Celtic are going to get found out.”