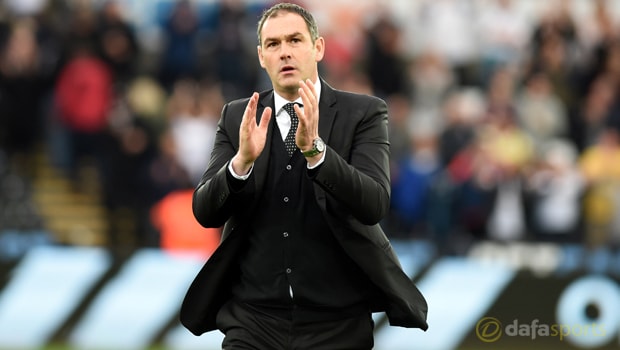 Paul Clement believes keeping Swansea in the Premier League would be his ‘best’ achievement in football.

The 45-year-old has worked at some of the biggest clubs in the game as an assistant manager, helping Real Madrid to Champions League glory in 2014, while he also played a part in Chelsea’s double-winning success seven years ago.

Despite those achievements, Clement insists keeping Swansea in the top-flight would be his best moment in football, particularly considering the Welsh club were rooted to the bottom of the standings when he took over the reins in January.

“I’ve been in a very privileged position in the past to have worked with some fantastic teams and different players and got my hands on some unbelievable silverware,” Clement said.

“But this will be the best by far if we manage to stay in this league, because I’m the one making the decisions.”

Swansea will head into their final two matches of the season one point clear of the relegation zone following Saturday’s 1-0 victory over Everton and wins in their final games against Sunderland and West Brom will guarantee their top-flight place for another season.

Sunderland beat Swansea’s relegation rivals Hull on Saturday and Clement was understandably delighted with that result, not least because it shows the Swans cannot underestimate the league’s bottom side ahead of their trip to the Stadium of Light.

“We have picked up seven points from games against Stoke, Manchester United and Everton and that’s a tough run,” Clement added.

“Now we go to Sunderland and I am glad they won. One because it helped us, but also because it shows we cannot underestimate them.”

Swansea have been in the top-flight since earning promotion in 2011, but they are priced at 4.33 to be relegated come the end of the campaign.