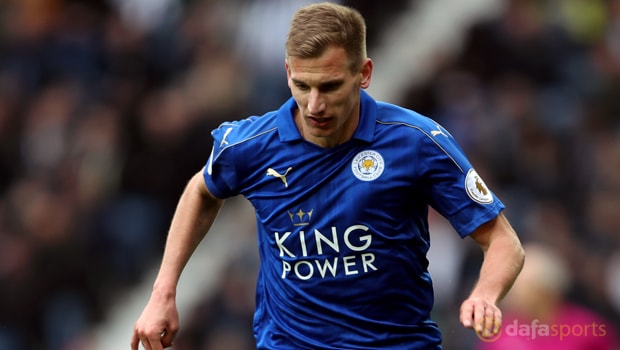 Marc Albrighton believes it was ‘naive’ for people to suggest that Leicester could have challenged for Premier League glory once again this season.

The Foxes defied the odds by claiming top-flight glory for the first time in their history during the 2015-16 campaign, but have so far been unable to match those high standards.

Title-winning manager Claudio Ranieri was sensationally sacked in February as the club became embroiled in a relegation battle, but they have since pulled clear of the drop zone under the guidance of Craig Shakespeare and now sit comfortably in mid-table.

Winger Albrighton believes it was naive to think Leicester could challenge for the title once again this year and he insists a possible top-half finish, coupled with their run to the Champions League quarter-finals, means the season has to be regarded as a success.

“People assume when you’ve won it that you will be in contention again,” the 27-year-old said.

That’s a rod we gave ourselves by achieving what we did and so we have to deal with the criticism we attracted.

“I’d be very surprised if I see another 5000-1 team win it in my lifetime. To expect us to go and win it a second year was a bit naive.

“If we can finish in the top half and with what we’ve achieved in the Champions League we can sort of say it wasn’t a bad season after all.”

Leicester have three games left to play this season, starting with Saturday’s trip to the Etihad Stadium to take on Manchester City.

The Foxes are unbeaten in their last three matches against the Citizens, including a 4-2 success at the King Power Stadium earlier this season, and they are priced at 12.00 to secure another three points on Saturday, while Pep Guardiola’s side are available at 1.25 and the draw is on offer at 6.00.