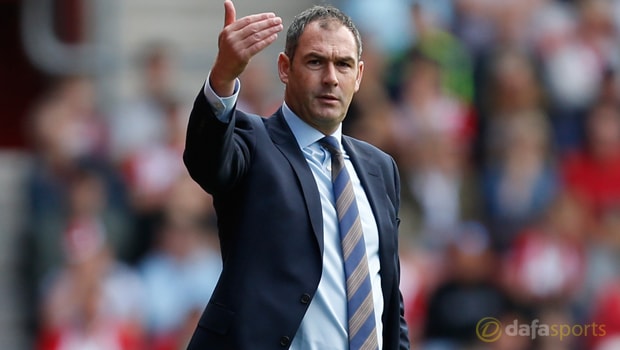 Swansea City coach Paul Clement admits he is disappointed by the Gylfi Sigurdsson transfer saga as his side secured a 0-0 draw on the opening day of the season against Southampton.

The Swans, 3.00 to be relegated this season, travelled to St Mary’s without their club captain and playmaker as he continues to be linked with a move to Everton.

Clement confirmed in the build-up to the game that the Iceland international would miss the match and, as a consequence, Swansea found it tough going forward.

Although his side did enough to get a draw on Saturday, Clement admits it was a struggle without the former Reading man.

The former Paris Saint-Germain assistant admits it is disappointing for the whole club as the saga continues into the start of the new season.

He told reporters: “Fans, team-mates, coaches, the viewers all around the world; absolutely.

“What would be a better situation would be if the transfer window closed before the start of the season. I don’t really understand why it goes to the end of August.

“I know there’s talks about that changing in future. And that’s my opinion that it should do.”

The Welsh outfit have been linked with Stoke City midfielder Joe Allen this summer but Clement is adamant he will only discuss the Sigurdsson saga for now.

He added: “I’m not going to speak about incoming players. The only situation that’s important at the moment is the Gylfi Sigurdsson transfer situation.

“If that does go through then we can start acting on potential targets. I want to do that kind of stuff in private until there’s something certain.”