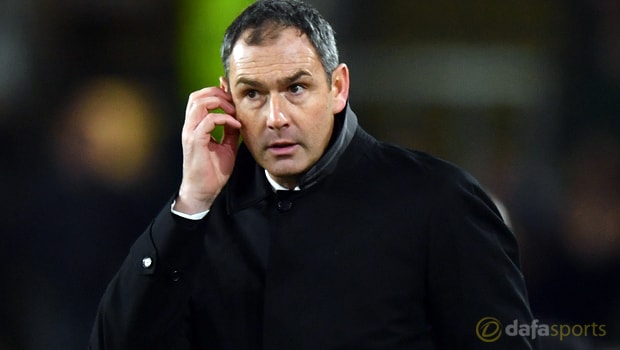 Swansea manager Paul Clement has played down concerns over his future with the club and insists he has the backing of the American owners.

The 45-year-old left his post as assistant manager at Bayern Munich last season to help the Welsh club avoid relegation to the Championship.

Clement was appointed as the successor to Bob Bradley in January and he was among the nominees for ‘Manager of the Season’ after seeing them clear of the drop at the end of 2016-17.

However, he saw last season’s top scorer Fernando Llorente depart for Tottenham over the summer, while Gylfi Sigurdsson also secured an exit after agreeing a switch to Everton.

Swansea, who are priced at 1.40 to be relegated, have struggled to cope after losing such a crucial duo and they currently find themselves sitting in 19th place and on a run of five losses on the bounce in the Premier League.

The Swans boss appears from the outside to be under growing pressure as they gear up to face Bournemouth on Saturday, but he insists he has the full backing of American owners Steve Kaplan and Jason Levien and chairman Huw Jenkins.

“The owners are very supportive of my position here,” Clement said.

“That is what we have to focus on, getting a better performance.

“We don’t know if we will get the win on Saturday because there is a lot of randomness in football.

“But what we have to do is improve our levels which have not been good enough over the last couple of weeks.”