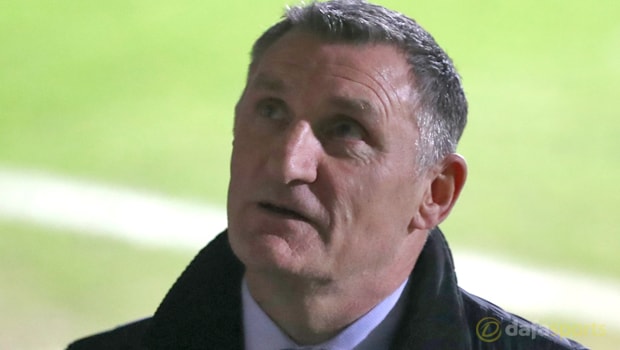 Blackburn manager Tony Mowbray has warned against complacency as his side prepare to welcome Bristol Rovers to Ewood Park on Saturday.

Rovers struggled to adjust to life in League One in the early stages of the current campaign but they have charged up the table over recent weeks.

Mowbray’s men are unbeaten in six league outings, having won their last two engagements, which have both come on the road against Bury and Oxford.

Blackburn will be full of confidence as they return to Ewood Park for the first time since October 31 when they were held to a 2-2 draw by last season’s play-off semi-finalists Fleetwood.

Bristol Rovers, who sit 17th and just three points above the bottom four, will provide the next test for sixth placed Blackburn and Mowbray has warned his side against underestimating them.

Mowbray told reporters: “I hope we can turn a good week into a great week.

“It’s at home and it’ll be a tough game against a team who have been in this division for a couple of years now.

“We’ll be going into it to ensure the preparation is right, be focused and ask questions of Bristol Rovers.

“You have to be guarded against complacency. We’ve got through the last two and have to be sure we don’t slip up, like we did against AFC Wimbledon and Doncaster.

“We have to ensure we find an intensity for a game after every three days or so – that’s what it’s like at the moment.”

Blackburn are priced at 1.80 to make it three wins on the bounce on Saturday, while Bristol Rovers can be backed at 4.00, and the draw is available at 3.80.