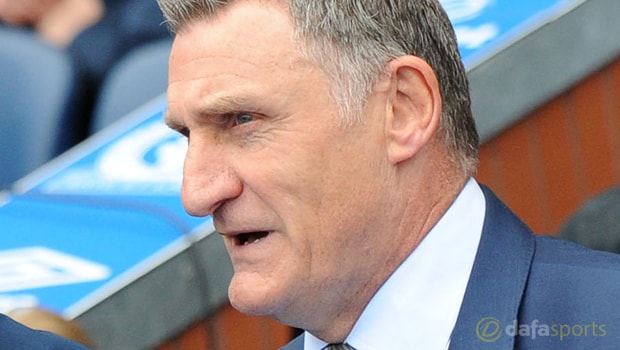 Tony Mowbray concedes that Blackburn Rovers are not likely to be “overly concerned” by the result in Saturday’s FA Cup clash with Hull City at Ewood Park.

Mowbray’s team drew their League One clashes with Scunthorpe and Rotherham either side of the New Year.

They led three times, twice at home to Scunthorpe and again away at Rotherham, but couldn’t see out the wins.

They looked to have done enough at the New York Stadium on Monday through Bradley Dack’s goal but David Ball levelled in the final minute.

It means Rovers have slipped five points behind Shrewsbury Town in second spot and they face them next in the league but promotion remains the top target for Mowbray.

Asked whether the cup clash has come at a good time, Mowbray said: “Yeah, maybe so.

It just takes a bit of the intensity away and allows us to take a breather. We won’t get overly-concerned about the result at the end of the day.

“Obviously, we’d like to win and progress in the cup, but we know what our main aim has to be this year and we’ll focus on that.

“We’ll pick a team that can hopefully be very competitive, but I think they’re all big games and the main focus has to be Shrewsbury the following week.”

Third-placed Blackburn haven’t suffered a defeat in any competition since the start of October and Mowbray says they are on target for a points tally that would bring automatic promotion.

“If we win a lot of those games, we won’t be far away. We’re averaging about two points per game which is what we’ve always aimed for.

“If you get into the mid-90s, you’ve got a good chance of finishing in the top two, so we’ll keep plugging along.”

Blackburn are 1.25 for promotion this season, while Shrewsbury Town are 2.05.