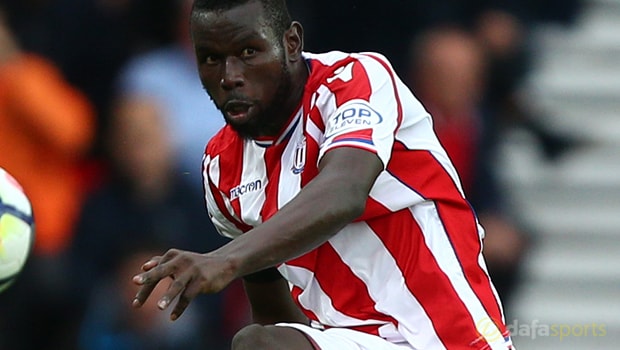 Stoke have rewarded Mame Biram Diouf with a new three-year contract that will see him remain in the Potteries until the summer of 2020.

The Senegal international originally moved to the Stoke Stadium from Bundesliga outfit Hannover in the summer of 2014 and he has proven to be a valuable asset to Mark Hughes’ squad.

The former Manchester United player originally joined the club as a striker, but he has been utilised in a number of positions over the years, most recently as a right wing back.

Diouf’s previous deal had been due to expire at the end of the season and he admits he always wanted to sign a contract extension.

He told the club’s official website: “I’m really pleased to have signed a new contract. I’ve been here for three years now and feel really settled, really part of the Club.

My family are settled as well and that’s really important to me.”

Stoke have finished in the top-half of the final Premier League standings in three of the last four seasons and Diouf believes that should be their aim once again this term, while he is also hoping to enjoy success in the domestic cup competitions.

“Another top 10 finish this season is the immediate ambition but we should be targeting the next step, an even higher finish, and success in one of the cup competitions, Diouf added.

If selected, Diouf will make his 100th Stoke appearance during Saturday’s Premier League clash with Newcastle at St James’ Park.

The Potters are unbeaten in their last five meetings with Newcastle and they are priced at 3.20 to win the match, while Rafael Benitez’ side are available at 2.38 and the draw is on offer at 3.30.