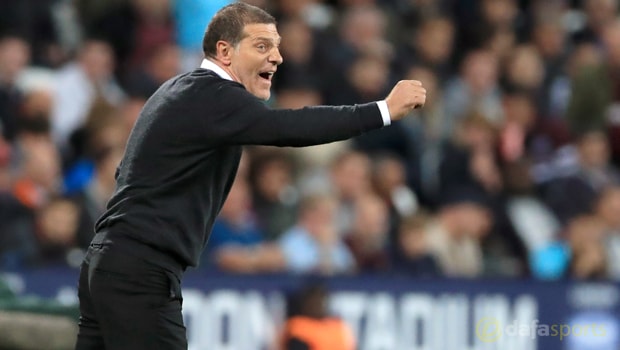 Slaven Bilic believes it is imperative West Ham build on their first Premier League win of the season by gaining another positive result against West Brom at The Hawthorns on Saturday.

The Hammers had begun their top-flight campaign with three successive defeats, but they finally got off the mark by securing a 2-0 victory over Huddersfield at the London Stadium on Monday night.

Bilic, who had been under intense pressure heading into that match, believes it was crucial his side secured the victory, but he admits it will count for little if they do not follow it up with another positive result and performance against the Baggies.

“It [was] important for us to win the [Huddersfield] game,” Bilic said.

“We have to continue like that. As I told the players this morning, because yesterday we were off, and we had a small meeting, we have to build on this.”

The former Croatia boss believes West Ham’s victory over Huddersfield was achieved thanks to the intensity they showed during the build up to the match and he insists they must continue in the same vein going forward.

West Ham have only won one of their last six meetings with West Brom, but they are priced at 3.20 to secure all three points on Saturday, while the Baggies are available at 2.38 and the draw is on offer at 3.30.