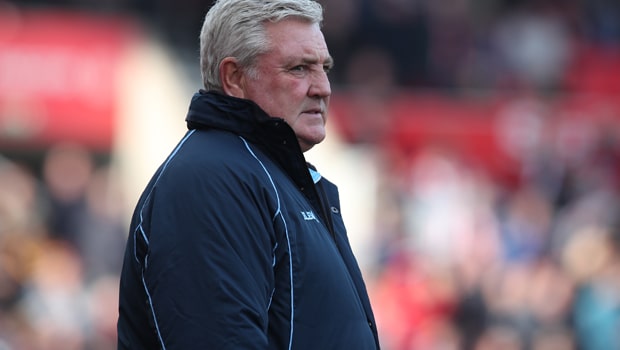 Sheffield Wednesday boss Steve Bruce has confirmed he has held talks with Newcastle United about succeeding Rafael Benitez as manager of his hometown club.

Bruce, 58, was quickly installed as the bookmakers’ favourite to replace Benitez, who departed St James’ Park when his contract expired on June 30 after failing to agree new terms with owner Mike Ashley.

The former Sunderland boss was in the dugout for Wednesday’s 3-1 pre-season friendly win against Lincoln at Sincil Bank on Saturday, where he was confronted by an angry fan on the touchline during the game. With the pitch invader being escorted away, Bruce, who was applauded by the rest of the away support, was quizzed about the reports linking him with the vacant position at St James’ Park.

After the match, he told the Sheffield Star: “Speculation is speculation. It’s in the hands of the club. For me, at this particular moment, there is nothing really to talk about until the two clubs reach some sort of compromise.

“Look, it has happened so quickly that I have got to take stock of the situation. It’s in the hands of both clubs and we will see what develops over the next 24 to 48 hours.”

Newcastle want to appoint Bruce as their new manager as soon as possible with the start of the new Premier League season just a month away. It is understood the two clubs spent Thursday attempting to reach an agreement over compensation.

As things stand, the Owls are holding out for more than £1million in compensation if they are going to let their manager take charge of Newcastle, who are priced at 3.30 to get relegated.