Nottingham Forest fail again as Brentford move up to 9th 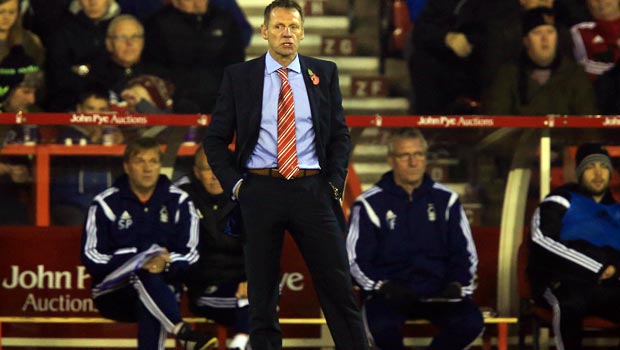 Nottingham Forest fell to a 3-1 home defeat against Brentford on Wednesday night, meaning that their winless run now stretches to ten games.

The three points for Brentford however, saw them move up to within two points of the Championship playoff places.

The visitors always looked in control as they piled on the misery for Stuart Pearce, and they soon found themselves one up after the ball broke nicely to on-loan Arsenal man Jon Toral and he confidently fired beyond keeper Karl Darlow.

Eric Lichaj’s awful attempt at a back-pass let in Andre Gray who rounded the onrushing Darlow and placed the ball into the empty net.

Gray was again involved in the visitors third, as he broke forward before Forest defender Kelvin Wilson lunged in, tripping the 23-year-old in the box. Alex Pritchard stepped up to take the spot-kick, and calmly scored from 12 yards.

Michail Antonio’s great strike gave the hosts some hope, but ultimately the damage had already been done.

Boos erupted around the City Ground at the end of both halves as Forest fans witnessed a fifth defeat in 10 games in all competitions, leaving them 11th in the table, five points off the play-offs and eight points away from league leaders Bournemouth.

After the game, Forest boss Stuart Pearce said: “The goals we gave away were very poor and it just erodes the confidence of the team. A victory solves that, but it seems very elusive at the moment.

“I care about this football club deeply, it is more than a job as a manager to me.