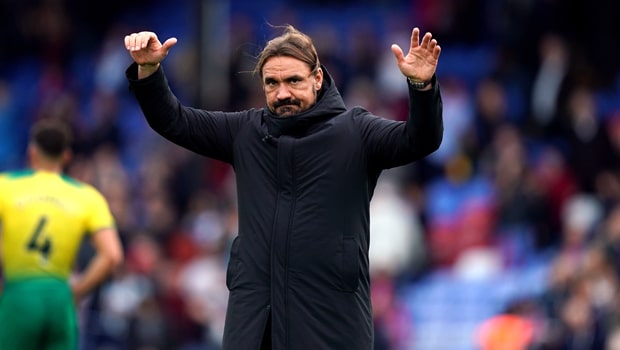 Newly promoted Premier League side Norwich raised some eyebrows early on the season by putting up a fight against both Liverpool and Chelsea, while beating Newcastle comfortably 3-1 at Carrow Road. Another massive shock was delivered on 14th of September when Norwich not only managed to score three goals against Manchester City, but held on to the lead to hand Pep Guardiola’s men their first Premier League defeat in 19 games and so far the only one in the season.

While Norwich definitely started off with the right foot, things have gotten a bit less glamorous after a while. The Canaries have won two of their seven Premier League fixtures, losing the other five and are lying right above the relegation line, one point ahead of another promoted side Aston Villa and underachieving Newcastle. They’ve failed to score in their last three games on the road against mid-table opponents West Ham, Burnley and Crystal Palace. While the results are not all that bad, 2-0 each, the breaking down of Norwich’s offense is alarming.

It was the offensive prowess that led to Norwich’s promotion from the Championship last season. They scored league-high 93 goals in 46 games but were only 8th in goals allowed. Needless to say, those numbers are not going to transfer straight to the Premier League, but without any radical changes in the squad, that seems to be the only option for Daniel Farke and his Canaries. So far, the trend doesn’t look promising.

One of the reasons – or excuses – for rather tepid performances in the past two fixtures is the injury crisis, especially in the defense. Centre back Timm Klose is out for the season, Grant Hanley is suffering from groin injury and Christoph Zimmerman picked up an ankle injury. Injured is also no.1 keeper Tim Krul and as Murphy’s law dictates the backup keeper Ralph Fahrmann picked up a knock and was forced off early in the match against Crystal Palace. Mario Vranic, Onel Hernandez, Tom Trybull and Alex Tettey remain sidelines, as the crucial home fixture against Aston Villa looms in the horizon.

Not much help can be expected from the physio room and while manager Daniel Farke has stated that the game against Aston Villa is “not a season finale by any means”, it is so far the most important game of the season for both relegation candidates.