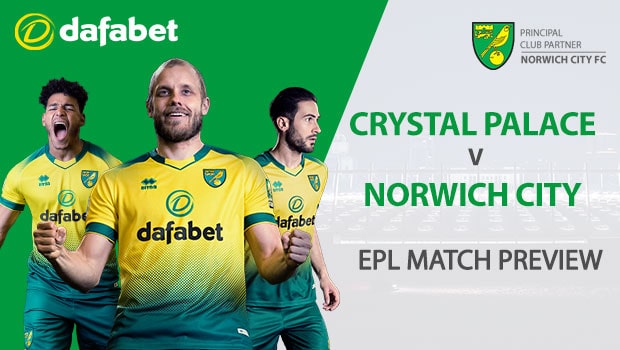 Norwich City hit the road this week and head to Selhurst Park for a matchup with Crystal Palace.

Draw: There’s a 26 percent chance this match ends in a draw. That happens in about the same percent of simulations, suggesting no added side value on the pick.

Must Improve: Surprisingly enough, Wilfried Zaha has zero goals or assists this season for Palace. Some are suggesting his offseason work with Ivory Coast led to some tired legs for him.

Always Attacking: Norwich are third in the league with 9 goals from inside the box. They are also second in the league (behind Manchester City) in hitting the woodwork.

Head to Head: These two sides last matched up in Premier League action in April 2016 when Palace won, 1-0.

Teemu Pukki has a 48 percent chance to score for Norwich City. Pukki averages 2.76 shots overall per sim, 1.23 shots on goal per and 0.64 goals per sim.

Luka Milivojevic has close to a 33 percent chance to score for Crystal Palace. He averages 1.82 shots overall per sim, 0.77 shots on goal per and 0.38 goals per sim.

Not a ton of added side value in this matchup, but the simulation data points to the home side taking this one. Palace winning is a four-star (out of four) hot trend pick.