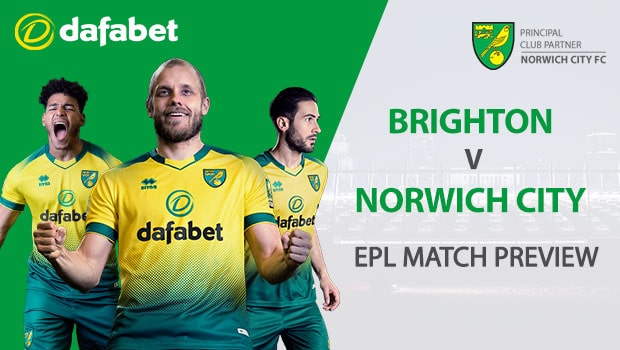 Brighton & Hove, fresh off a 3-2 victory at home vs Everton, will look to keep building momentum at Amex Stadium this weekend as they host Norwich City.

Look at the Numbers: Norwich are just No. 16 in the league in total shots taken, and No. 14 in goals scored. On pace for the kinds of shots they’re taking. Their biggest struggles, though, have come at the other end of the ball in terms of limiting opportunities for the opposing side. They are No. 2 in the league in saves, meaning they’re being attacked quite often.

Head-to-Head: These two sides last matched up in any competition (League Championship) back on April 21, 2017 when Norwich won, 2-0.

Simulation data has even more confidence on the favorites than do handicappers. Brighton winning outright is a three-star (out of four) hot trend pick. Average margin of victory in sims is Brighton +1.66 goals.