Posted by Olumide Akinnifesi on November 1, 2019 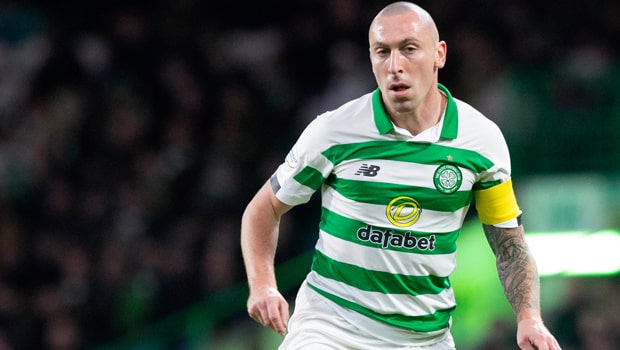 Hoops Manager Neil Lennon is unsure about the injury suffered by Celtic skipper Scott Brown during Wednesday’s night 2-0 win over St. Mirren, and he was substituted for

Olivier Ntcham was returning from injury.

Neil Lennon spoke via the Club’s Twitter handle after the match and said he is unsure about the extent of the injury. He said, ” Scott twisted his things and will be assessed in the coming days, but we don’t want to take any chances. We will see how things go.”

The manager displayed a high level of management. He knows how important Brown is to the team and won’t gamble with the player’s fitness.

With Celtic taking on Hibernian at the Betfred Cup semifinal on Saturday, he wouldn’t want to take any chances with the player’s fitness. He needs Brown’s experience for that game. Though Brown’s effort wasn’t required that much during the game as Celtic went on to claim the vital three points.

However, the Hoops should get their hopes high as they will be having a replacement in case Brown doesn’t make it through to the game. Olivier Ntcham is fit and readily available to play a part in the team. With many games to come, the Hoops will hope to have brown available as soon as possible. It will be a big disappointment if he doesn’t make it in time to the trip to Lazio next week. Time will tell as to the extent of Brown’s injury as Lennon hopes for positive results from the physio.

Celtic has been trying to manage their injury situation well and kudos to the manager Lennon who has also been able to utilize the players to their abilities. Lennon has also been impressed by Elyounoussi, who has been in fine form for the team.

Celtic face Hibernian this weekend and travel to Italy to see Lazio next week.

Celtic are given 1.50 odds to finish above rivals Rangers, while Rangers FC are set at 2.40.