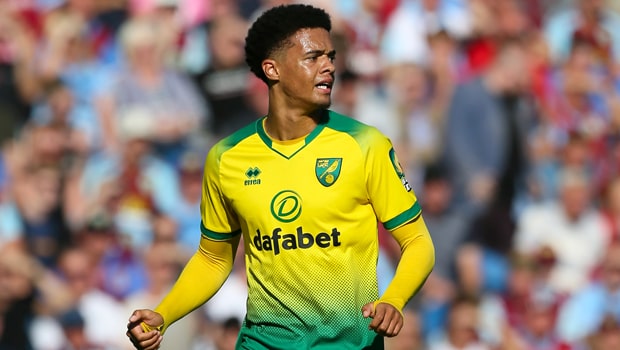 Norwich City defender Jamal Lewis has been included in the national team list for Northern Ireland ahead of October’s international break where they will face Netherlands.

The Canaries full-back is currently injured and in doubt for weekend’s English Premier League game against Aston Villa at Carrow Road but was invited by Micheal O’Neill for the Euro 2020 Qualifiers.

Lewis suffered ligament damage in the team’s last game against Crystal Palace after falling on his elbow, adding to the growing injury list for the Canaries Manager Daniel Farke ahead of Saturday’s game.

Lewis has been an important part of the Canaries team so far this season having started all seven games played so far, but his injury puts the number of sidelined players for Norwich at ten.

Although the elbow injury was initially feared to be a fracture, Micheal O’Neill confirmed that Lewis didn’t suffer any fracture according to X-Ray scans.

“My understanding is that the X-ray and the scan didn’t show any fracture. There is ligament damage there, and I think it just a case of how you can protect the elbow and manage to play and we will see how things develop for him this week and at Norwich as well.” O’Neill said.

Furthermore, he explained that there is enough time for Lewis to heal ahead of the game against the Dutch on the 10th of October and that the player himself shares the same sentiments.

“We have until next Thursday so there is obviously a little bit longer of a recovery process so having spoken to him during the week he is optimistic as obviously, we have to be as well because he has been such a significant player for us and a very difficult player for us to replace if he wasn’t available.” He concluded.

Norwich City are backed at 2.40 to defeat Aston Villa, while Villa are fancied at 2.86 to win.