Norwich City To Face Luton in Carabao Cup First Round 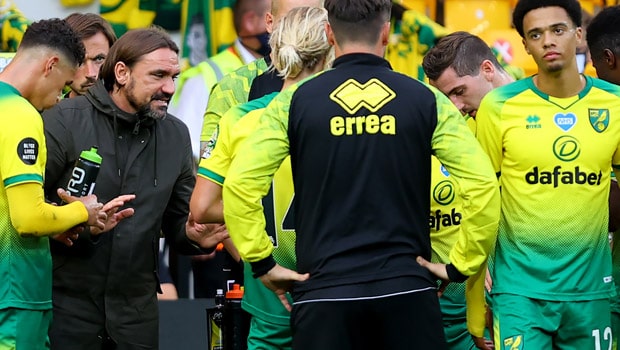 Norwich City has been drawn against Luton Town at Kenilworth Road in the Carabao Cup First Round next season.

The match will be the first of the 2020-2021 season and will happen on the weekend of September 5/6 while it will be played behind closed doors, and a specific date will be confirmed later on.

Both sides have played each other in pre-season matches in the previous two seasons, and the tie will be an all championship tie after the Canaries got relegated to the Championship last season.

It was a poor and short stay in the top flight for the Canaries who didn’t win a game in the Premier League since the return of the league after the coronavirus lockdown.

Meanwhile, Norwich City are said to be about to sign West Ham’s Jordan Hugill in a £5m deal. The player was on loan at Championship side QPR last season as he is said to be out of Favour with manager David Moyes ready to let the 28-Yer-Old leave.

Jordan Hugill has featured for Middlesbrough, Queens Park Rangers and West Ham in the past couple of seasons.

Pukki, who was the Canaries’ highest goalscorer last season with 11 goals and 3 assists in the English Premier League disappointed in the second half of the season as Norwich returned to the Championship.

American teenager, Soto on the other hand, was signed from German Bundesliga side Hannover 96 just after the end of the season.

Norwich has signed a couple of players in the transfer window with players like Kieran Dowell from Everton, Oliver Skipp from Spurs, and Xavi Quintilla from Villarreal all joining.