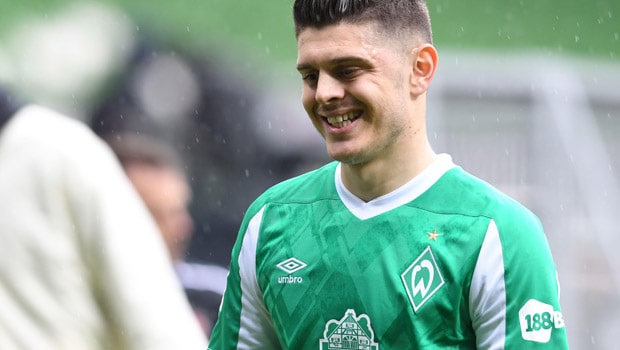 Newly promoted Norwich City has continued to improve their squad with the signing of Kosovan international Milot Rashica from German Bundesliga side Werder Bremen.

The 24-year-old is the Canaries’ first signing of the summer albeit for an undisclosed fee. The player who has scored six goals in 32 appearances for Kosovo since 2016 revealed that the Premier League has always been his dream.

“It has always been a dream for me to play in the Premier League and I’m so happy that Norwich has given me this great opportunity, I want to continue to learn and develop as a player and person. The style of play will suit me very well.” He said.

Rashica joined Weder Bremen from the Dutch Eredivisie side Vitesse in January 2018 and he managed to score 27 goals in 100 appearances for the Bundesliga side.

Norwich boss Daniel Farke revealed that the player is a versatile forward who can play on any side of the front three stating that he is a steal considering the interests he has generated from top clubs recently.

The Canaries have been involved in transfer activities this summer having sold Emiliano Buendia to Aston Villa for a fee in the region of £33m earlier this month.

Buendia scored 15 goals and provided sixteen assists as the Canaries won the Championship and returned to the Premier League.

He was initially linked with a move to Arsenal but the Canaries and the Gunners failed to secure a deal.

Meanwhile, Daniel Farke’s side could bring in former Norwich City goalkeeper Angus Gunn from Southampton as their next signing for the summer in preparation for the 2021/2022 Premier League season.

Meanwhile, the Canaries will face Liverpool in the first game of their return to the Premier League at the Carrie Road.