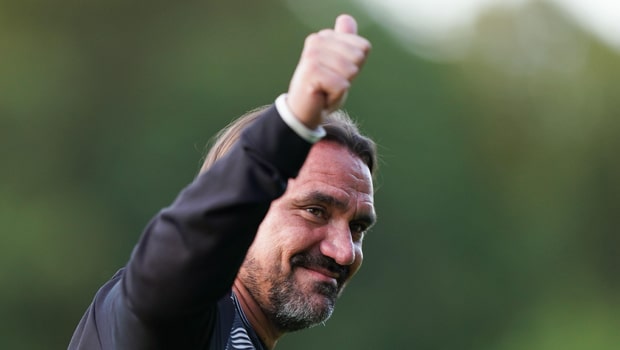 Norwich City manager Daniel Farke has extended his contract with the Canaries with a new four-year contract.

The 44-year-old who arrived at Carrow Road in 2017 was given a contract extension till 2025 after leading the club back to promotion into the Premier League.

The German manager who was grateful for the extension has stated his intention of taking the club to the next level and becoming an established Premier League club.

“I’m absolutely over the moon and feel pretty emotional in such a moment, I’m unbelievably grateful for all of the trust and support. It is a pleasure to be allowed to continue to work on this level with such a special club and our unbelievable owners, Now it’s about going the next step, doing everything we can to make sure this club becomes an established Premier League side,” said Farke.

Farke led the club to promotion in 2019 although they got relegated immediately and he has got them promoted instantly.

Meanwhile, former Leicester City winger Demarai Gray could return to the Premier League after getting close to joining Everton.

Gray made just a dozen of appearances for the club with just a single goal scored. He will become the third player to be signed by Rafa Benitez as the coach of Everton.

Benitez has signed the duo of Andros Townsend from Crystal Palace and Asmir Begovic from Bournemouth. Both players worked with the Spaniard at Newcastle.