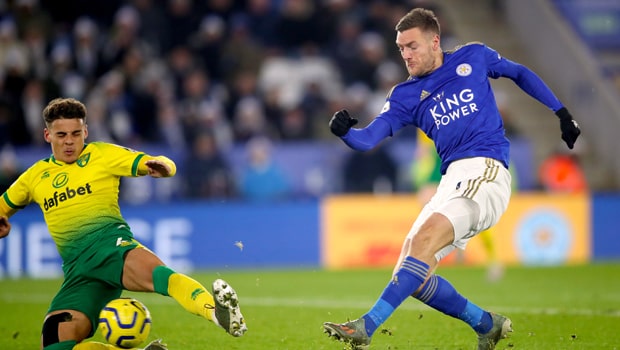 Norwich defender has revealed that the Canaries need to improve on their style of defending set-pieces if they are to stand any chance of beating the drop this season. The Canaries have only won just one of its last five games, drawing two including Saturday’s 1-1 draw with high flying Leicester City.

However, in the background of Daniel Farke’s meager, 12 points from 17 games so far this season is the woeful statistic of Norwich’s poor performance to set pieces where five goals of the last six conceded has come from high balls including crosses as well as set-pieces.

One of it was Jamie Vardy’s equalizer for the Foxes against the
Canaries at the King Power Stadium on Saturday in the 1-1 draw as a goalkeeping blunder from Tim Krul led to a goal by the English forward who benefitted from James Maddison’s cross from a corner kick.

Meanwhile, Aarons claimed it has been a big disappointment for him and his teammates that despite working on set-pieces, the team still concedes from it and more saddening is that fact they have not been utilizing their own set-piece opportunities.

Aarons and his defensive crew on duty on Saturday, which included Ben Godfrey, Christoph Zimmerman, and Sam Byram, who all put in a shift that ensured that they shut out leading English Premier League top scorer Jamie Vardy.

According to Aarons, the threat posed by Vardy and Iheanacho was very visible, especially with the pace of both players, and as such, the backline of the Canaries had to work together in a more organized manner.

Finland’s Striker, Teemu Pukki scored in the draw at the Foxes,
Norwich still remains in 19th on the log, three points away from safety, and they face Wolves next weekend at Carrow Road.