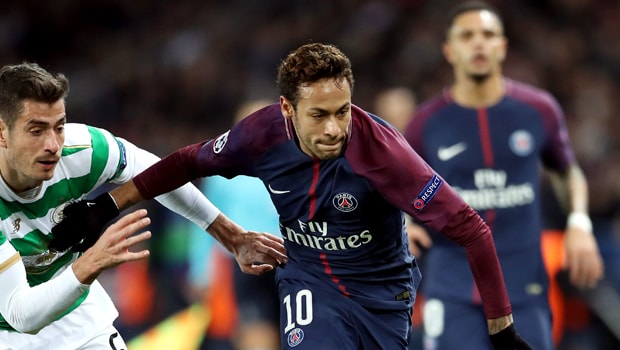 The world’s most expensive footballer had been a doubt after he limped out of Brazilian training earlier this week, but Tite has confirmed his star man is ready to go.

Neymar had only recently returned to action after a foot problem saw him miss several months of the season with Paris Saint-Germain and he was not able to fire Brazil past Switzerland in their World Cup opener, as they slipped to a 1-1 draw.

The Swiss targeted Neymar at times and, having been fouled multiple times in the second half, the 26-year-old needed some ‘rehab’ following Brazil’s recovery session.

Brazilian Football Federation spokesman Vinicius Rodrigues confirmed: “Neymar left the training session with some pain in his right ankle because of the number of fouls he suffered in the game against Switzerland.”

With fears that the former Barcelona forward might be ruled out, Tite has moved to reassure everyone that Neymar is ready to face Costa Rica.

Speaking at his pre-match press conference, Tite said: “It’s the same team that’s going to start that started the game against Switzerland.”

Thiago Silva will wear the armband against Costa Rica, taking over from fellow defender Marcelo, who led the team against the Swiss, as the Brazilian coach maintains his policy of rotating the captaincy.

Brazil are 4.75 to beat Costa Rica 2-0 in St Petersburg, while Neymar can be backed at 3.50 to score the opening goal of the game.