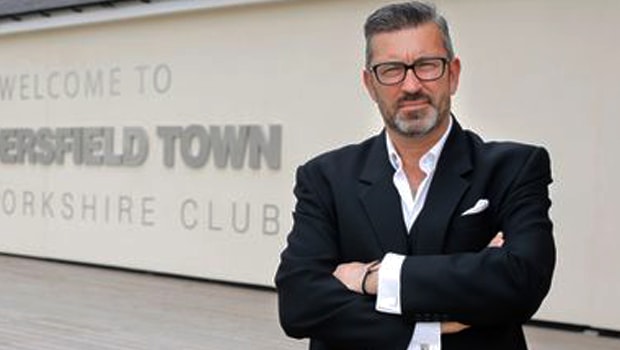 Huddersfield commercial director Sean Jarvis says the newly-promoted club will bring “something different” to the Premier League as preparations for the new season continue.

Huddersfield earned promotion to England’s top-flight for the first time since 1972 after beating Reading on penalties in the Championship play-off final last season.

It was a remarkable achievement for the Terriers, who finished 19th in the 2015/16 Championship campaign, and they found out on Wednesday who they will be facing on the opening day of the Premier League.

David Wagner’s men will make the trip to Selhurst Park to take on Crystal Palace on August 12 before back-to-back home games against Newcastle United and Southampton.

Staying in the top-flight will be extremely difficult for Huddersfield and they are the 1.57 favourites to drop straight back down to the Championship while Brighton and Burnley are both 2.25 to get relegated.

Elias Kachunga was the club’s top goalscorer last season, having found the back of the net 12 times, but an improvement in the attacking department will be needed if they are to survive.

Reports have linked the club with a bid for Leeds United’s New Zealand international Chris Wood, who led the Championship scoring charts with 27 strikes, and an offer around the £15million mark could be lodged.

Jarvis is feeling optimistic ahead of the new campaign and he insists Huddersfield, who end the season with a home clash against Arsenal, will show everyone exactly what they can do.