Posted by chris schweizer on November 4, 2018 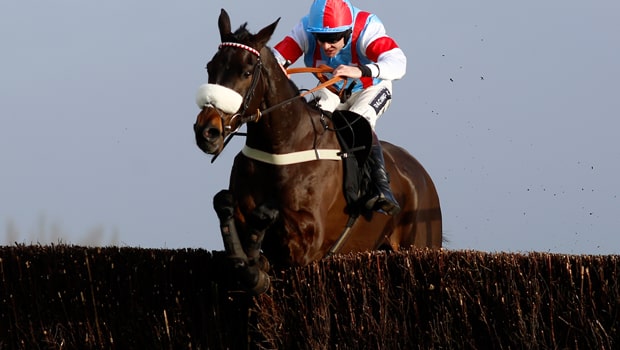 Trainer Harry Whittington has revealed Saint Calvados is likely to miss Tuesday’s Haldon Gold Cup and could instead travel to Ireland for the Fortria Chase at Navan this weekend.

Saint Calvados made a huge impact when arriving from France last season, with successive handicap victories at Newbury followed by an impressive win in the Kingmaker Novices’ Chase at Warwick in February.

The five-year-old then travelled to Cheltenham in March for the Racing Post Arkle Challenge Trophy Novices’ Chase but failed to replicate his earlier performances, finishing a disappointing fourth out of five runners.

Having thought long and hard about Saint Calvados’ next outing, it was believed the Kate & Andrew Brooks-owned charge would be heading for the Haldon Gold Cup at Exeter on Tuesday.

Those plans appear to have been scuppered, however, due to the lack of rain in recent weeks and Whittington is instead eyeing a potential trip to Ireland at the weekend.

The Oxfordshire trainer spoke about the upcoming plans whilst also revealing the current shape his charge is in ahead of the expected outing at Navan.

“Unless they have a deluge at Exeter, he won’t run there,” Whittington said.

“We will have a look at the Fortria Chase at Navan next weekend, and he could go there.

“He is in great form and has been working well. He worked really well with Simply The Betts last Saturday, and he looks amazing. He has to run with cut in the ground, though, because he has got that pronounced knee action.”